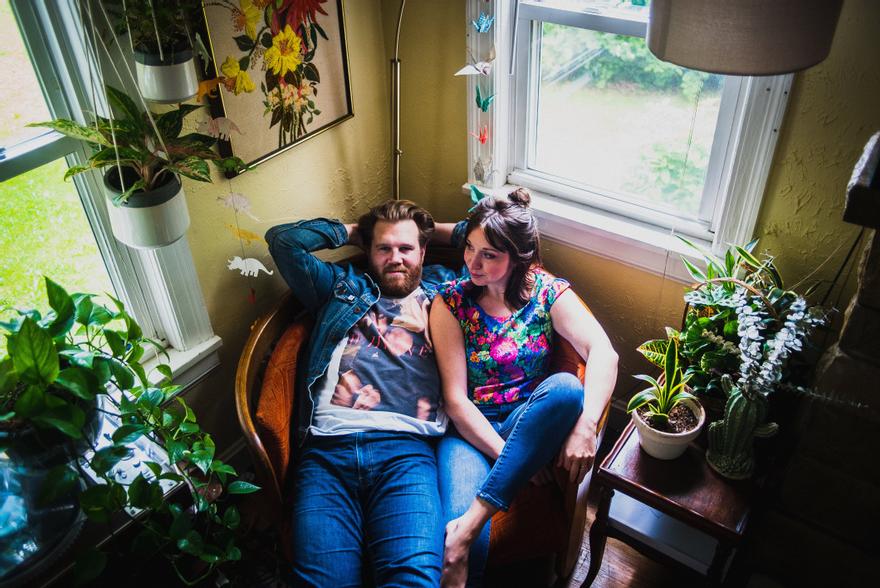 Freddy & Francine (their actual names are Lee Ferris and Bianca Caruso) aren’t interested in acting, or genres, or talking or not talking about their relationship. They’ve done all that. They’ve even recently left their longtime home of Los Angeles for Nashville. And they’ve never looked more like themselves.

recordings — still produced but more intimately portrayed, a sound closer to the duo’s live performances. But don’t call it folk music. It’s too energetic.
​“We’re performers. We’re not just folk musicians who play and sing mellow songs with little voices ... there’s screaming,” Caruso said. Don’t call it Americana either. They don’t wear hats. Besides, Caruso says, “The minute you think one of our songs is an Americana song, it can turn into a retro pop song.”
But mostly, Freddy & Francine sounds like Freddy & Francine. It ain’t the easiest thing to explain, but it makes sense when you hear it, and finally, it makes sense to the two people who matter most. “I’m really happy with who I am and I'm happy with the life I have,” Ferris said. At the end of the day, or road, authenticity is internal. Watch your step.
ALL PROCEEDS WENT TO THE ARTIST.

Tickets were sold out!

Some gallery photographs below by guests of the concert.