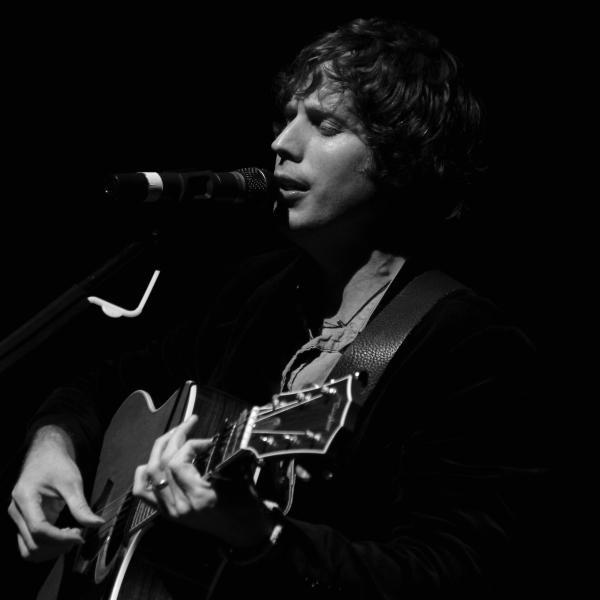 "Jesse Terry is a gentle soul with a formidable songwriting talent. His new album Stargazer is a big step forward for him artistically."
- John Platt - WFUV - NYC

"As a young artist, Terry would fit right in with the songwriters of the 1960s and ’70s. Listening to his music, it’s easy to imagine hearing his songs on the radio in between cuts by Bob Dylan, James Taylor, Jackson Browne and Joni Mitchell."
- Jay Smith - Pollstar.com

On the eponymous title track of Stargazer, the lushly orchestrated and existentially optimistic fourth LP from singer/songwriter Jesse Terry, the notion of personal unhappiness is framed in terms of a cosmic choice: “Go on stargazer, I know how much it hurts / But you are free now to pick your universe.” Infused with the warmth of a beautifully arranged string quartet and the otherworldly tremor of a lap steel guitar, “Stargazer” unfurls as a melodic Zen koan, a deep intuition all of us have at one point or another that the extent of our suffering — no matter its apparent source or point of origin — is largely up to us. The world’s frequent brutality and indifference are undeniable facts of life, facts that can feel oppressive and impenetrable. True freedom inheres in our ability to choose hope — to pick resilience over recrimination, optimism over oblivion. Taking that timeless and hard-won kernel of wisdom as his starting point — the recognition that hopelessness is the worst kind of human prison — Terry’s lustrous, earnest Stargazer is precisely the kind of record we need in these seemingly hopeless times.

In a period of American life considered the most divisive and tribalistic in modern memory, the notion of hopefulness may feel misplaced to some. For Terry, though, it’s a byproduct of his own life experience. “I think I will always be innately hopeful, because I’ve seen how much life can change,” he says. “And I’ve seen how much people can change, if they open up and allow themselves to do so.” After a turbulent adolescence defined by runaway shelters and reform schools, Terry grew up encountering other people in increasingly desperate situations. He credits the health of his outlook today to the pain he shared with others all those years ago. “I’m only happy because I know how difficult life can be. And then I become even more grateful, because even though I’ve traveled down some dark roads, I’ve met many more that have had it so much worse,” he says. “People whose lives were devoid of love or light, without any family or without families that cared.” When he awoke hooked up to machines in a hospital bed in the aftermath of a substance-fueled binge at 18 years old, Terry says he realized that happiness is a choice, and he vowed to begin making it daily. At a certain point, he says, a vision of what happiness would look like took hold in his mind. “I feel like I’ve been on that path for a long time now,” he says. “There always was a tiny spark in the shadows, even at my lowest points. If you’re working on it, the light gets brighter every day. Now I’m in a place that I love, with a wife that I love, with family in my life that I love. But it took a long while.”