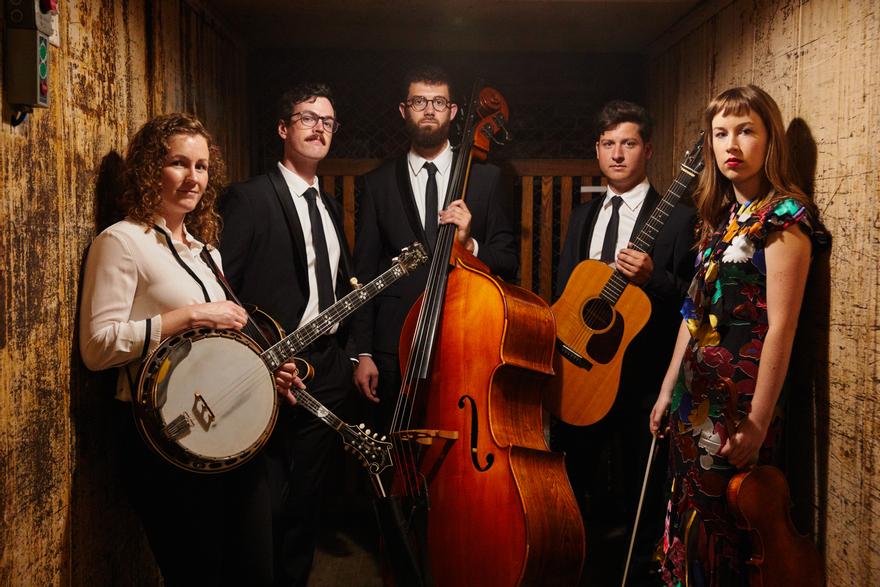 Concerts at The Sevareid House is THRILLED to welcome back Mile Twelve for their 2nd appearance in the series. Although their sound is rooted in traditional bluegrass, Mile Twelve surveys a broader landscape on their newest album, City on a Hill. All five band members bring their own influences and observations into the music, resulting in a project that feels contemporary, thoughtfully crafted, and relevant. Original bluegrass music, written and played by young people, is very much alive, says band member Evan Murphy. I hope people take away that songwriting and arranging really matter. Its about the material and playing it in a way that feels honest. This album isnt political in the sense that were beating people over the head with anything, we just tried to tell stories that feel authentic. The album title alludes to the idealized imagery of a shining city on a hill a historical phrase that has often been applied to Boston, where the band got its start. Murphy adds, "We realized that many of the characters in these songs were in crisis, had been failed in some way, or were failing themselves. Its an unintentional theme but it came out in the songwriting." The Mile Twelve lineup offers five of the most promising young musicians in bluegrass: David Benedict (mandolin), Catherine BB Bowness (banjo), Bronwyn Keith-Hynes (fiddle),

All are credited as songwriters because everyone in the band helped shape the material throughout the writing and arranging process. Murphy and Sabat initiated most of the lyrical ideas for City on a Hill while Benedict wrote the instrumental track, Rialto. Produced by Bryan Sutton and engineered by IBMA award-winner Ben Surratt, City on a Hill begins with a lively rendition of Richard and Linda Thompsons' Down Where the Drunkards Roll. From there, the album explores a number of unexpected perspectives, such as a modern war veteran with PTSD (Jericho), a Jewish immigrant fleeing war (Liberty), and a man who cannot escape the stigma of the penal system (Innocent Again). As the album winds down, the light-hearted power waltz Barefoot in Jail and the ethereal, old-time dream sequence Journeys End leads to the poignant Where We Started, a portrait of small-town life written by John Cloyd Miller.

ALL PROCEEDS WENT TO THE ARTIST.