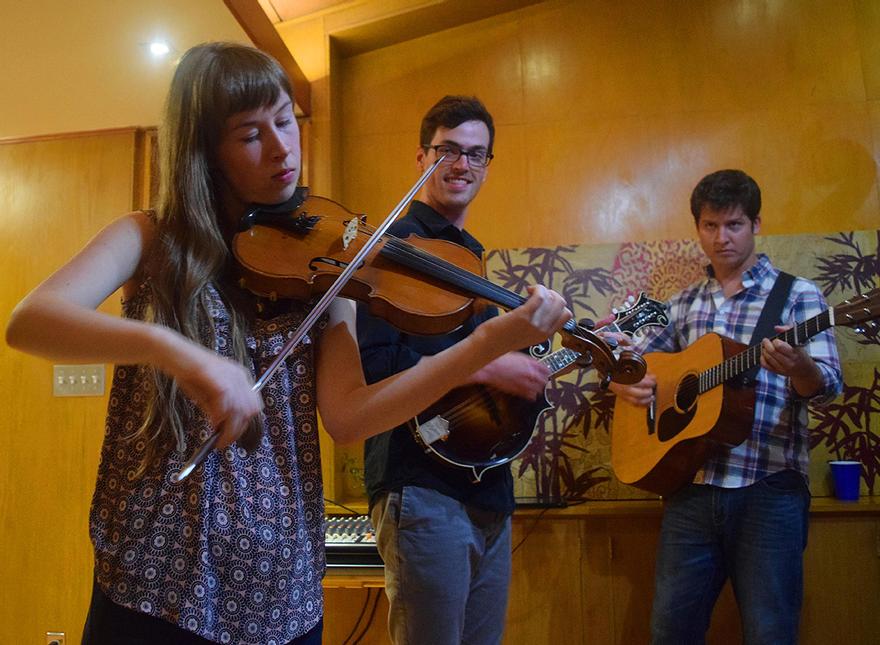 "Mile Twelve's instrumental skills reflect natural abilities enhanced by serious study of bluegrass tradition and a fearless desire to create fresh pathways. From the opening number of their new EP, it’s plain that their vocal skills are equal to their picking prowess. Their trio blend is as tight as it gets. Their duo and solo singing is equally praiseworthy. The arrangements often surprise with subtle twists and turns... delicious false endings, dropped beats, arco bass and fiddle duets, and on and on. Mile Twelve is carrying the tradition forward with creativity and integrity."
- Tony Trischka

The summer of 2016 has held more milestones for this young group: opening for Tim O’Brien at the Station Inn in Nashville, winning the Podunk Bluegrass Festival Band Contest and being nominated for a Momentum Award by the International Bluegrass Music Association and adding a fifth band member: mandolin player David Benedict. This winter they will be heading into the studio in Nashville to record their debut full-length album with producer Stephen Mougin at the helm.