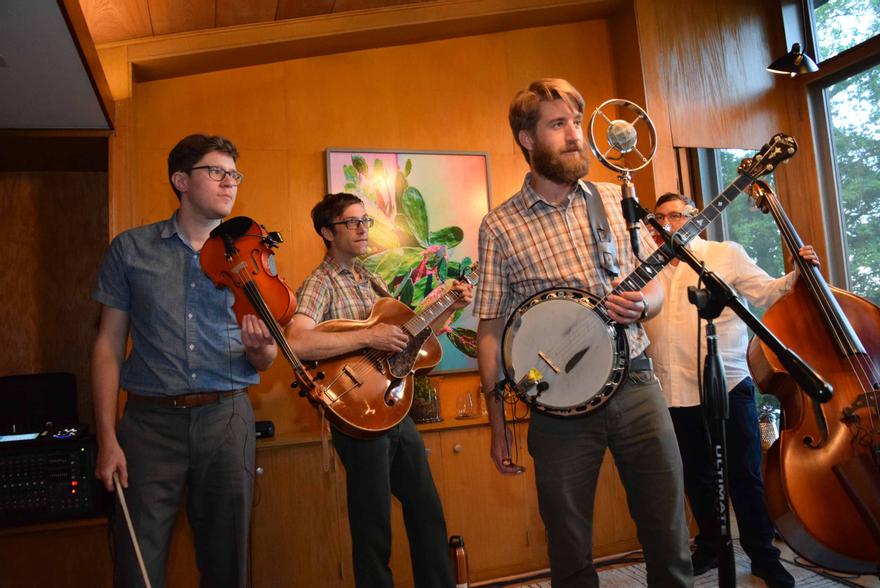 Many of todays bluegrass bands have players that have listened to music other than bluegrass, but these influences show themselves in the tunes being converted to bluegrass tunes. The High & Wides weave their influences directly into the fabric of the music. NO DEPRESSION. The High & Wides, like the large-haul trains for which the band is named, project a big, driving soundmountain musical traditions re-imagined for a new century. Formed on Maryland's Eastern Shore in 2015, they write music about arson and hourly

motels, dystopian love songs, and ballads of violent history. The High & Wides draw from their members' extensive backgrounds in bluegrass and take the music to a place all their own, recalling an era when old-time, rockabilly, and proto-rock'n'roll coexisted in a murky soup of hillbilly string band music. Members include Marc Dykeman (guitar, vocals), Sam Guthridge (banjo, mandolin, vocals), Nate Grower (fiddle), and Mike Buccino (bass).

ALL PROCEEDS GO TO THE ARTIST.